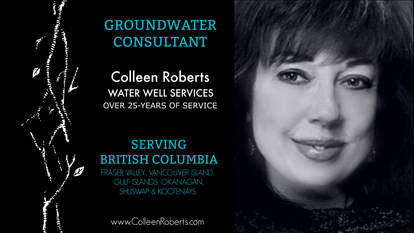 With a very long-standing career and tremendous experience in the groundwater industry Colleen Roberts comes highly recommended by many, her water well dowsing services are sought after through-out North America.  She began water well dowsing professionally on Vancouver Island and worked extensively and exclusively on the island for many years from one end of the island to the other.

Colleen is called from many areas of Canada and California to locate water prior to water well drilling.  Known as one of the most famous "Water Witches" in Canada with her confident personality and great sense of humor you will quickly discover why she's in constant demand.

The largest demand for her water divining and water dowsing skills still remain in British Columbia where her roots and reputation run deep.  Colleen will be  available for water well dowsing on Vancouver Island and the Gulf Islands in 2022.  She also schedules site visits through-out the lower mainland and the Fraser Valley.

If available she will travel to other areas in the province and will not be available for dowsing outside of British Columbia in 2017 and will locate water for for residential, commercial and agricultural water well drilling.

Often traveling, having serviced hundreds of homeowners, farmers and a large number of land developers over the years.  The demand for water well dowsing has required that Colleen relocated Richmond, BC, allowing for easier access to other areas including the Fraser Valley and the Vancouver Airport for quick flights to other areas in North America.

Her schedule for 2022 will be divided between the mainland of British Columbia and Vancouver Island, don't delay booking as well dowsing during the summer to fall months tend to be very busy.

Unsure of where to locate and drill your water well and concerned with the possibility and expense of drilling a dry hole?  Contact Colleen to discuss water well site selection prior to installing your water well.

What does "Water Witch" Actually Mean?

Back prior to hydro-geology being a science and the water well reporting databases as we have today, individuals that required a new source of water relied on water dowsing as the most proven, tried and true method of locating water.

A lot of country neighborhoods ad communities had a well known local water well "Witcher, Water Diviner or Dowser”, someone that would visit an estate or property, remove a forked branch from a flexible tree, and stroll the property till the branch suddenly suggested a potential location to discover water.

Many people don't know what the term water "witch" even means, it's derived from an old English word (wych), the word actually was referring to the bendable stick that was used to locate water!

It's was believed that Water Dowsers in the day were specially gifted with the ability to discover water, implying that it was not an art that could be learned and only those born with the gift of water dowsing had such an ability.

Colleen has been divining water wells professionally for 25 years on Vancouver Island and the Fraser Valley of British Columbia, she clearly feels that far more people can dowse than realized but very few have the desire and patience to be taught to dowse as it requires practice, focusing of the mind, and a connection to the senses of the body or earth to ever consider water well water dowsing as a profession.  Dowsing a paid profession must be earned and it takes a long time to acquire the experience required.

This common belief that dowsing cannot be learned causes most to not even make the effort to learn the art of water dowsing as they think they were not born with this inherent gift. Modern technology has replaced many of the "old ways" along with the old entrenched believe that water dowsing is a born gift.  It’s rare and has become very difficult to meet practicing water dowsers as many of the "old timers" have passed and not many come along to replace them in a community.

Why Use a Water Dowser to Locate Water?

There are many situations now-a-days where the hiring of a dowser is considered to locate water.  Working with a dowser is often a wise investment and can improve the chances of locating a good source of water.  Well drilling is costly and water is never guaranteed by a well driller as a rule, it’s possible to drill a well and come up dry.

Many people are aware that by dowsing ahead for water source it may reduce the chance of drilling a dry well.  By dowsing a site many be better selected, this may reduce the depth required to drill or improve the completed yield of the water well.

It’s common for a dowser to be called in after the first attempt to drill a water well has failed on a property, at that point a property owner will often resort to dowsing to prevent a second or third drilling failure.

Dowsing Prior to the Completion of Sale?

These days it’s very common for a water dowser to be hired to do an assessment of a property prior to the purchase of Real Estate.  Sometimes land for sale is without a reliable or permanent water source, there is a risk when purchasing property without a proven source but an experienced water dowser has certainly help reduce the concern or will commonly advise a purchaser to have a water well drilled prior to the completion of sale.

There is a growing trend in new home construction, sometimes people are very specific about the location of a new home of a property.  Sometime homeowners want be be absolutely sure that their new home is not built over an area where there is a lot of energy and they feel very strongly about this as they feel it's not desirable for a number of reasons, of course this is not the most common use of water divining but it's surprisingly common.

Why is the Demand for Water Well Dowsing Growing?

People spend far more time researching the internet causing a massive well dowsing a comeback.  Well drilling is costly, people want to be sure their money is spent wisely and they want a productive water well after all is said and done.  As more and more land is opened for development the demand for domestic water wells grows.

Folks may be advised or referred by friends or family who had good success with a well dowser if there is one in an area, if there is a successful “water witch” in an area the chances are good that they are very well known among the locals.

Well drillers commonly recommend water dowsing, it’s of everyone’s best interest to find the best possible water source on a property.  Most drillers are very open to the services of reputable dowser and actually rather they take over the water well site selection responsibility.  A well driller's focus is the drilling of a water well, they are also disappointed when a costly dry hole is drilled.  Choosing the best water well drilling site is a responsibility that many well drillers do not want. 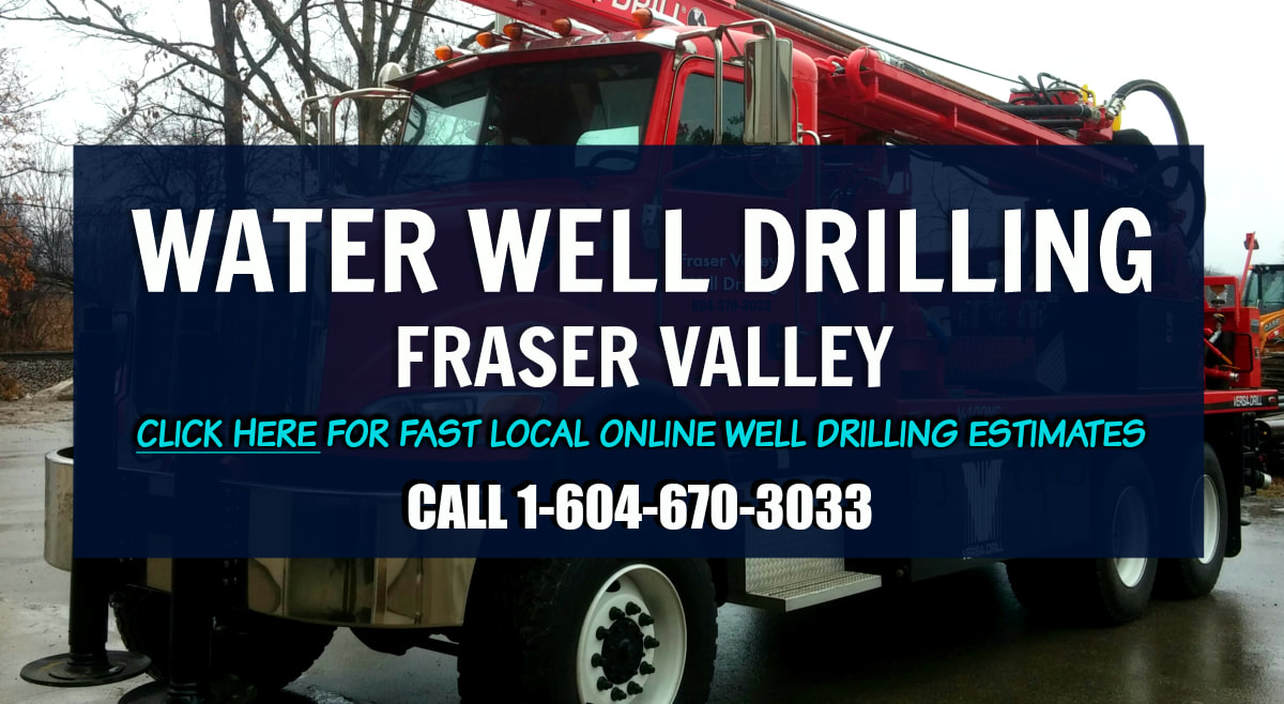 If you would like to ask Colleen a Real Estate or Water Well related question, please ﻿CLICK HERE﻿ to connect with her.